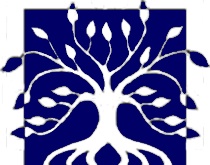 Founded in 2004, the Tim Averill Debate Education Fund is a non-profit, self-sustaining endowment with the aim of sustaining the excellence of high school debate both in Manchester Essex and on local, regional, and national levels. The interest generated from the fund is used to provide scholarships for members and graduates of the Manchester Essex Debate program, to sponsor international debate opportunities, to help get new regional debate programs off the ground, and more.  We’ve surpassed our initial goal, and the fund is now at $164,379.  All contributions will go directly to the endowment.

Continuing the Tradition of Excellence

Forty-seven years ago, 23-year-old Tim Averill started the Debate Program at Manchester High School with four eager students, a stack of newspapers, and a shoestring budget.  When Tim retired in June, 2005, the powerhouse Manchester Essex Regional High School Debate Team (90 students strong) was supported by a $30,000 annual budget and was making its mark in over thirty local and national debate tournaments each year.  Under Tim’s direction, the Debate Program gained both national and international recognition, was a cornerstone of our school system’s highly rated educational system, and offered opportunities for students of all abilities to develop confidence and self esteem.    No single individual has had a greater positive impact on our communities over a longer period of time than Tim.  He has devoted his life to the benefit of Manchester and Essex and the students who have passed through those towns’ school system.  One proof of this is the loyalty and dedication to Tim that is demonstrated by his former students who have volunteered to work on this fund raising effort.  Tim’s impact on his students, MERHS, and the nationwide debate community was acknowledged on a broader scale earlier this year when he was named to the National Forensic League Hall of Fame and was also selected out of thousands of potential candidates as the U.S. Debate Coach of the Year.   A number of residents of Manchester, Essex, and other cities and towns that send students to MERHS have banded together to raise funds to support a new debate initiative, the Timothy C. Averill Debate Educational Fund. In short, this Fund will: (a.) strengthen the Debate Program at MERHS and ensure that it thrives far into the future, (b.) provide some support to surrounding communities so that they may start their own Debate Programs to foster local competition for the MERHS Debate Team, and (c.) offer continuing support to the Boston Debate League.   Help us build the Averill Fund so that Tim’s vision touches future generations of our students. Join us as a Founder ($5,000+), Pioneer ($2,500 – $4,999), Advocate ($1,000-$2,499), Citizen Judge ($250 – $999), or Citizen Juror (up to $249). All expenditures of the fund must be approved by the Manchester Essex Education Fund.